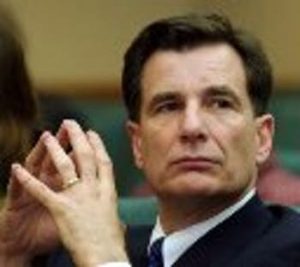 WHEN KARL ROVE left Austin for Washington, D.C., with the Bush administration, he va­cated the role of Prince of Darkness in Texas politics. Not to worry. Toomey, an Austin lobbyist and a former chief of staff to Perry, quickly stepped into the breach. Whenever secretive deals swirl in the Capitol, Toomey is always the first suspect to come to mind among insiders, usually with good reason. The Green party gets mysterious funding to collect signatures that secure a spot on the November ballot, which could only hurt Perry’s Democratic challenger, Bill White? Toomey played a part in that… Perry surprises doctors by vetoing a bill opposed by insurance companies? Yep, Toomey was their lobbyist too. Perry makes a $330,000 profit in a land deal with Michael Dell, which is brokered by … well, you get the idea.

Since his days as a Houston state rep­resentative, Toomey has hewed to an un­wavering conservative ideology that has en­deared him to the Republican party’s most prolific donors and right-leaning officehold­ers. Now a lobbyist for tort reform, insur­ance, pharmaceutical, and other business interests, his connections are obviously pay­ing off: With Perry political strategist Dave Carney, Toomey co-owns a 2.7-acre private island in New Hampshire. As befits a dark knight, the island is remote and accessible from the mainland only by boat.