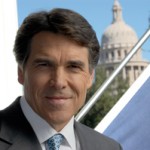 On June 14th 2013, Rick Perry announced to the public some of his final decisions on a few of the many pieces of legislation that have passed in the current session. Governor Perry also applauded some of the session’s larger legislative policy changes and the consistent efforts by Representatives to keep taxes down for Texas residents. Some of these large scale changes for the state include a new university in south Texas, thorough water planning, and over 1.4 billion dollars in tax relief for state residents. All of this while the state adjusts to the heavily growing state population at nearly 1,000 new people every day. The heavy population increase has directly and indirectly brought about many changes for the state, bringing new workers and an economic boom. Along with this comes the necessity for water planning and job creation.